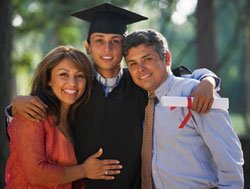 New research suggests that Connecticut’s future economic success and our ability to support an aging population will be driven by immigration.  According to a recent report from the Pew Research Center, 93 percent of the growth in America’s working‑age population will be from immigrants and their U.S.-born children.  The study forecasts that by 2050 there could be 80.6 million U.S-born children of immigrants nationwide.  Because of declining fertility rates nationwide, and in Connecticut, there is an increasing dependence on immigrants to drive population growth, and with it economic growth.  This is particularly of concern in Connecticut, which has a rapidly aging workforce and a projected decline in its working-age population.  Nationally, most immigrants are Hispanic or Asian, and the same is true in Connecticut.

The statewide total fertility rate in Connecticut declined over the last two decades, and was below the replacement level for all major racial and ethnic groups in the state in 2010.  From 2004 through 2010, the non-Hispanic white population in Connecticut had more deaths than births, while there were more births than deaths among the minority population.  In short, in-state population growth is coming from the minority population.  People moving to Connecticut are also mostly minorities.  From 2000 to 2010, roughly 81,000 non-Hispanic whites left the state and about 127,000 minorities moved in.

Based on Pew’s analysis of U.S. Census Bureau data, first generation immigrants (foreign-born) identify closely with their country of birth, but their second generation (U.S-born) children are less likely to do so.  Furthermore, 90 percent of children of Hispanic or Asian immigrants speak English proficiently; they are more likely than their parents to have friends from other racial/ethnic groups; and they are more likely than the typical U.S. adult to marry someone with a different ancestry.