Connecticut Taxes: Lower Than New York’s for Everyone but the Poor

One sometimes hears that recent state income tax increases on the rich could cause them to leave Connecticut for New York and points south. Academic research has shown that taxes are simply not a significant factor in families’ moving decisions. Nonetheless, some believe they are, and so it is important for policymakers to understand how much people actually pay in state taxes in Connecticut vs. New York.  A close examination of how much people in different income groups pay in taxes reveals that if taxes are really so pivotal, the rich in New York should be moving to Connecticut, while the poor in Connecticut should be moving to New York.

According to an analysis by the national Institute on Taxation and Economic Policy, the effective rates (how much people actually pay) of New York state income taxes are substantially lower for the poorest 40% of taxpayers, while the effective rates of Connecticut income taxes are lower for the richest 1% (5.4% vs. 6.3%). (State earned income tax credits in both states lower the income tax liability for low-income workers to offset the impact of sales and property taxes.) 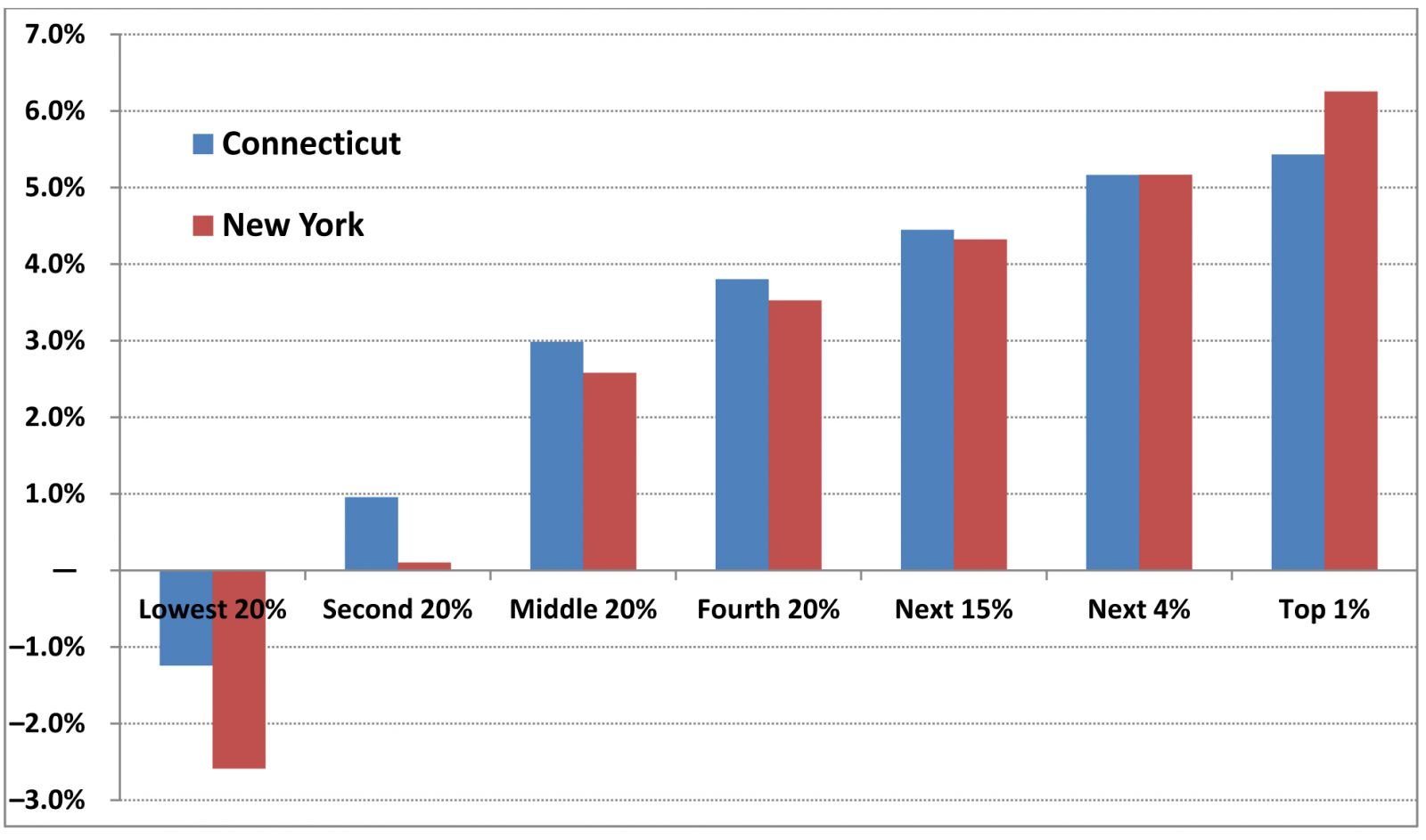 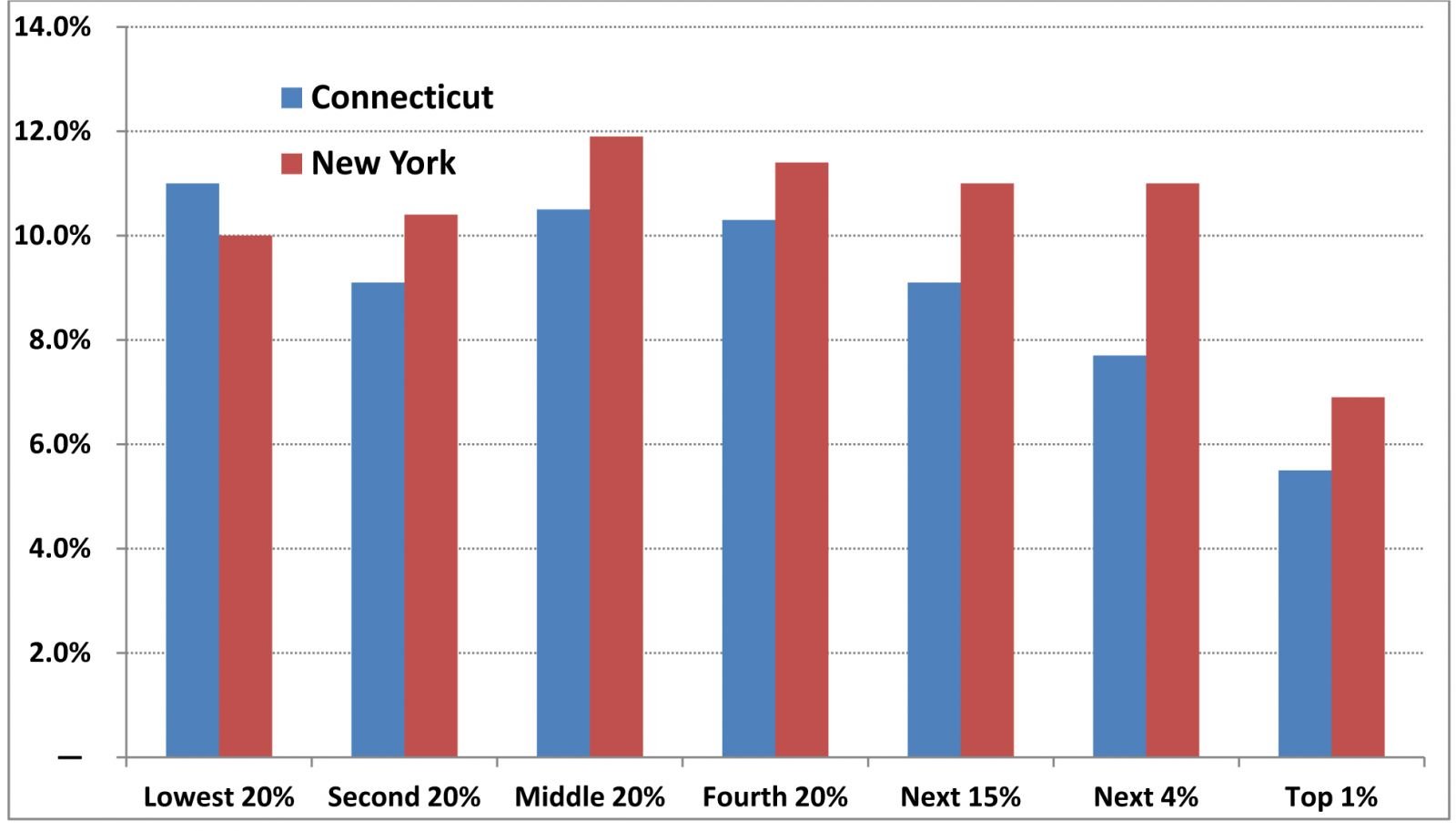 If Connecticut state government conducted this kind of analysis regularly, policymakers could make more informed decisions about the impact of our state and local tax policies on workers in different income groups and businesses of different sizes.  That’s why we’ve called for “tax incidence analyses” that would help policymakers to reform Connecticut’s regressive state and local tax system and develop tax policies based on solid evidence.