HUSKY in the Appropriations Committee Budget 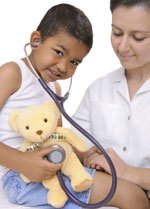 The legislature’s appropriations committee has released its proposed budget for Fiscal Year (FY) 14 and FY 15.  Below we describe several services or programs related to HUSKY and how they compare with the Governor’s budget proposal from February.  The Finance, Revenue and Bonding Committee also released its proposal for how the government will fund the two-year budget.

We assume that it will not be easy for the Governor and the legislature to come to an agreement on the revenue and spending package before the regular session ends on June 5th.  As a result, it is vital that constituents contact legislative leadership and the Governor and make their preferences heard.

Also, please take the time to thank the co-chairs of the Appropriations Committee, Senator Toni Harp and Representative Toni Walker for restoring funding for HUSKY parents with income above 133% FPL.