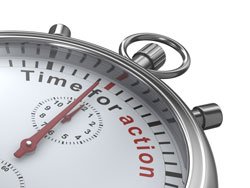 The legislature’s Appropriations Committee budget proposal would maintain Medicaid (HUSKY A) coverage for parents up to 185% of the federal poverty level. The Governor proposed reducing coverage to 133% of the federal poverty level with the expectation that these parents would pay for coverage in the new health insurance exchange come 2014.  A recent research report found that thousands of parents currently enrolled in the HUSKY program would go without health care as a result of the Governor’s eligibility cuts, because parents would not be able to afford premiums and co-payments in the private health insurance exchange.  The Malloy administration is now considering using state funds to reduce the costs of the premiums the parents would have to pay in the Exchange, though the complete details of this proposal have not been released.  The final budget package must be negotiated between legislative leaders and the Governor.

Given the anticipated cost of insurance in the exchange and the lack of access to dental, vision, non-emergency transportation and the mental health services currently available to HUSKY members, the proposal to provide  “premium assistance” or “wraparound” coverage won’t work for families enrolled in HUSKY.  It also won’t work for the state budget, since the estimated cost of subsidizing premiums and out-of-pocket payments for parents through the health insurance exchange would be greater than the current cost of the HUSKY coverage that the state is now paying for.  See this fact sheet for more information.

To call your state legislators: