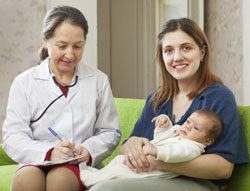 The legislature passed a two year budget last week for the state fiscal years (FY) 2014 and 2015. Below are a few highlights concerning the HUSKY program.  Fortunately, parents will retain their coverage in the HUSKY program. For more information, check out the synopsis by the legislature's Office of Fiscal Analysis about legislation that implements many of the budgetary changes.