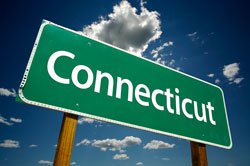 One very important piece of legislation that could have a tangible impact on many of the state’s children emerged from the recent legislative session of the Connecticut General Assembly.  The Task Force to Consider Impediments to Fair Housing Choice was created to analyze the availability and access to quality housing options for the state’s lower income population.  As part of its deliberations, the task force will review an upcoming report on affordable housing options from the Connecticut Fair Housing Center.  I am honored to have been appointed to this task force by Senator Donald Williams and hope to contribute a perspective on housing as an indispensable investment in the state’s future – its children.

Children raised in neighborhoods with high poverty face a headwind of challenges that are difficult to overcome.  Researchers have found that poverty has a significant impact on the educational achievement of children that can span multiple generations.  In The Legacy of Disadvantage, researchers Sharkey and Elwert find that, “A family’s exposure to neighborhood poverty over two consecutive generations is found to reduce the average child’s cognitive ability by more than half a standard deviation.”  In other words, where a child lives matters.

One of the fastest growing demographic groups in Connecticut is single-parent households, which are disproportionately low-income.  Female-headed single-parent households earn only 39 percent of the state’s median family income and 27 percent of all single parent households have incomes below the poverty threshold, which severely limits where parents can afford to live and raise their children.  Currently in Connecticut, where a child lives can significantly expand or limit opportunities throughout their lifetime.

State and municipal government can level the playing field for children from low-income families by expanding affordable housing choices to include more communities with top-notch schools and low poverty.  We need to ensure access for all children to nurturing environments that build children’s self‑esteem, broaden their horizons, and allow them to reach their full potential.

The Task Force to Consider Impediments to Fair Housing Choice is an important step toward giving all of Connecticut’s children a fair shot at a life full of stellar achievements.  At Connecticut Voices for Children, we are calling this housing-focused project Where Children Live Matters.  I will keep you updated on deliberations of the task force.