Finding Poverty, Median Income, and Uninsured Data for Your Town 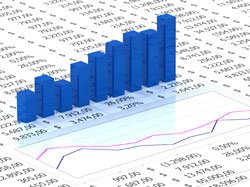 The Census Bureau can be a valuable source of information on the well-being of children and families in your town.  Each year, Connecticut Voices for Children summarizes the latest estimates of poverty, income, and health insurance coverage for the state and for cities and towns.

We’ve just summarized the latest Census estimates from the American Community Survey for all Connecticut towns of:

We also looked at whether there have been statistically significant changes in these estimates over time. Where should you look for the latest Census estimates for your city or town?

As I mentioned, in our summaries, we assess whether there have been statistically significant changes over time in poverty, income, and (when possible) uninsured estimates. If, for example, a change in an estimate of poverty over time is not statistically significant, it is not accurate to say that poverty has increased or decreased in that area.  Margins of error for smaller cities and towns can be quite wide, so be cautious and pay attention to those margins when making comparisons between towns.

On the pages above, you'll also find our links to more detailed "profile pages" on the Census website that have a wide range of additional social, economic, housing and demographic data.  Links to all of these estimates and related summaries can also be found on our Census Data Resources page.