You Spoke Up for Connecticut’s Children and You Were Heard

We did it!  In the final days of the state legislative session, we reached out through our action alerts and asked for your help in ensuring that some key legislative priorities for Connecticut’s children were approved by policymakers.

You came through, and your calls made a difference.  We won strong victories on improving access to preschool opportunities for young children and preserving the state earned income tax credit!  We made significant progress on bills to improve school and police collaboration to reduce unnecessary student arrests, and with your help, we’ll be back next year to see this priority through. 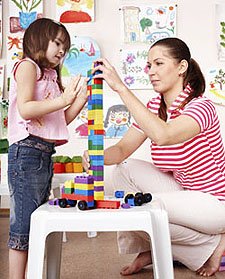 Because of your advocacy, state policymakers chose to put kids first, recognizing the importance of high-quality education for our state’s youngest and most vulnerable children.

State policymakers passed crucial legislation to formally create the Office of Early Childhood.  They also voted to expand access to prekindergarten through an expansion of School Readiness, and through a new competitive grant program, Smart Start, which will allow school districts across the state to establish or expand pre-K programs.  The preschool expansion is designed to reach the 20 percent of children in Connecticut who enter kindergarten without any preschool experience at all, ensuring that all of Connecticut’s children have access to high-quality preschool, no matter where they live.

Over the past decade, Connecticut Voices for Children has worked diligently to increase our state’s investment in young children, stressing the need for an expanded early care and education system that is navigable, accessible, and data-driven.   Thanks to your calls and emails, the landmark legislation that passed this session takes big steps toward this goal.

It’s official: the General Assembly and the Governor refused to balance the budget on the backs of those least responsible for, but most affected by, the economic woes of the state.

Thanks to your calls and emails, state policymakers preserved plans to restore our state earned-income tax credit (EITC) to its full strength in the Fiscal Year 2015 budget. The EITC is a proven, efficient anti-poverty tool that encourages participation in the workforce, improves tax fairness for low-income families, and improves health and education outcomes for kids in households receiving the credit.

The credit was temporarily reduced last year in the face of declining state revenues, and was scheduled to phase back in to its original amount beginning this year.   When faced with news of the unexpected projected state deficit, however, some powerful voices tagged the EITC – and delay of restoration of its full benefits — as a potential source of funding.

We applaud state leaders who recognized the importance of the state EITC.  Last year alone, more than 186,000 households, nearly all of which include children, were better able to make ends meet thanks to the state tax credit. Connecticut’s policymakers and advocates like you deserve credit for passing a budget that includes such a critical work support for families in each and every town across Connecticut.

Building Support for Improved Collaboration Between Schools and Police 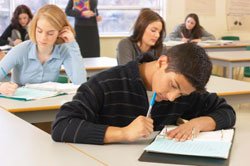 Research shows that school based student arrests decrease the likelihood of successful graduation and increase the risk for negative life outcomes. Smarter policies today that increase collaboration between schools and police can reduce the unnecessary use of student arrests for behaviors that could be managed in the school.  They also promote student success and reduce the financial and social costs of children entering into the juvenile justice system.

This year we helped to make significant progress in improving collaboration between schools and police.  Data are more accessible than ever, thanks to Connecticut Voices for Children’s arrest report and online database, and schools across the state are working to reduce unnecessary student arrests using a variety of proven strategies.  State legislators proposed two bills with widespread support with the goal of improving school and police collaboration.  Unfortunately a final, unified bill did not pass both the House and Senate in time, but we’ll be back, stronger than ever, next year!

Thank you for your effective help in speaking up for Connecticut’s children and families!