As Connecticut’s slow recovery from the Great Recession enters its seventh year, it’s time to invest in rebuilding our long-neglected public infrastructure – a strategy that capitalizes on current low interest rates and will push long-term economic growth and lift wages. 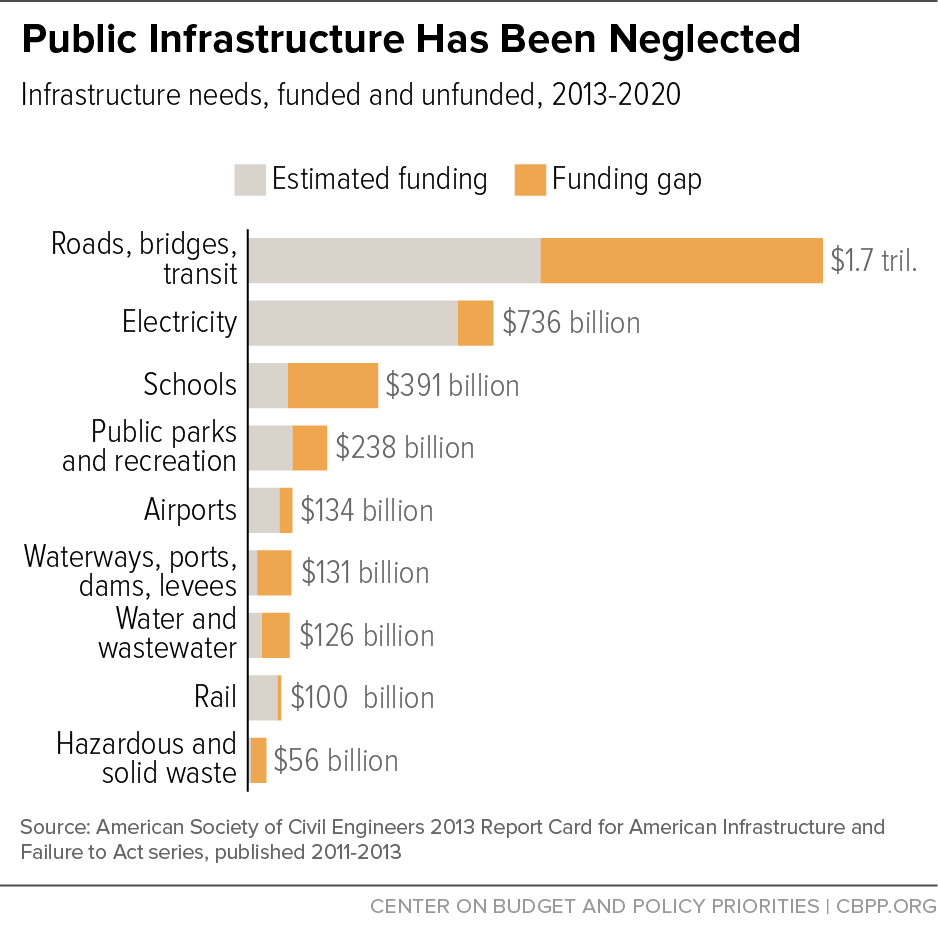 Part of the problem is that we invest far less in public infrastructure than in the past, which could be related to the state’s lackluster growth. Federal spending as a percent of GDP on infrastructure has fallen by half over the past 35 years. State and local governments in all but five states cut infrastructure spending as a share of their economies from 2002 to 2013, the most recent year for which statistics are available.

One reason this is a good time to recommit to public infrastructure investment is that states and localities can take advantage of unusually inexpensive borrowing. Nationally, interest payments on debt averaged just four percent of current spending in 2013, the lowest level since the Census began tracking this in 1977. This is driven in part by historically low interest rates, which are expected to continue. 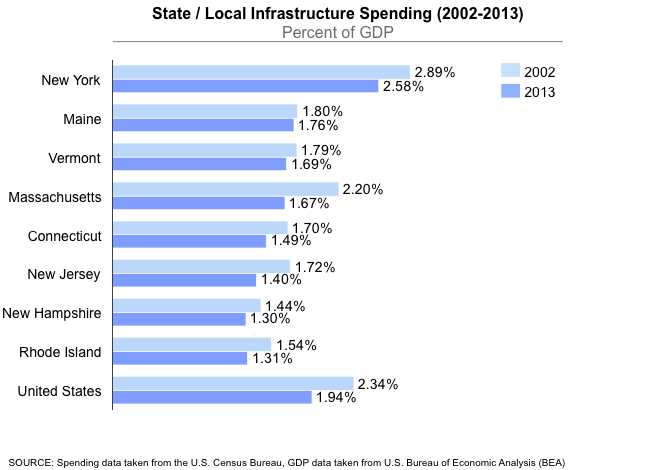 Infrastructure investments can improve state economies – now and in the future. In the short term, infrastructure investments support employment – such as construction jobs – which are still below prerecession levels. For example, studies of the economic impact of infrastructure spending as part of the 2009 Recovery Act have found that a dollar of federal infrastructure spending has led to anywhere from $1 to $2.50 in additional GDP. Those effects would likely be somewhat less pronounced today, since we are no longer in the depths of a recession, but they would nonetheless be significant, since the state remains well below pre-recession employment.

Targeted infrastructure investments are also crucial in addressing inequality. Poorer areas often have worse infrastructure. Nationally, in areas where three-quarters or more of students are eligible for free and reduced lunch, a full 60 percent of schools are in need of repair. Low-income neighborhoods also often have a higher share of potentially-poisonous lead pipes. In most cases, such disparities are best addressed at the state level, since the municipalities themselves are usually poorer.  The CBPP report cites property tax systems in particular as contributing to municipal infrastructure gaps, an issue that could be alleviated through property tax reform in Connecticut.

The good news is that Connecticut is already re-prioritizing and starting to address its critical infrastructure, such as the “Let’s Go CT!” plan to provide a new rail connection between New Haven and Hartford, expansion of bus systems, highway improvements, and municipal transport infrastructure. Municipalities have also taken the lead. New Haven, for instance, is nearing the end of the largest per capita investment in its education infrastructure in the state.

Looking ahead, Connecticut can make further investments in areas of need. To best determine where infrastructure spending should be focused and how much should be spent, policymakers should consider several key questions: Where are the infrastructure assets most in need of repair in terms of geographies and disadvantaged socio-economic and racial groups? How can the state best finance its future capital investments?

By focusing the conversation on these questions, Connecticut leaders may find themselves one step closer to a path out of the state’s disappointing economic growth and towards a period of newfound dynamism.