The session is now in full swing. This week, the Appropriations Committee wraps up their budget hearings, with several key sections of the budget under discussion. Other Committees will discuss how the state can better take care of youth aging out of foster care, review a proposal to distribute the earned income tax credit (EITC) on a monthly basis, and vote on legislation to raise the minimum wage to $15 per hour.

Why is it important? The Governor's budget proposal includes several key changes to education funding in Connecticut. Sixty percent of K-12 education spending come from local sources, but how the state distributes the remaining share of education funds is very important, especially for poor districts. The Governor's proposal makes significant changes to the Education Cost Sharing (ECS) formula and special education, with significant impacts for many Connecticut students.

Our position: The state has tweaked its funding formulas over the years. The current system is fairly incoherent and does not effectively address the needs of children in many low-income districts, while perpetuating educational and fiscal disparities. The Governor's proposal introduces some changes, but does not address the structural imbalances in the current system. The legislature should consider a comprehensive reform that addresses these structural problems.

Where can I find more information? Our Children's Budget analysis, to be released later this week, will contain a detailed explanation on the proposed changes.

Why is it important? With the state looking to keep kids out of the juvenile justice system, and, if they get there, out of detention, funding for diversionary programs becomes more important. The Governor's budget maintains large cuts from last year and does not account for this need.

Our position: Diversionary programs for juveniles should receive additional funding, reversing recent cuts, to maintain Connecticut's role as a leader in juvenile justice reform and keep kids out of jail.

We've updated our Revenue Options brief with new data, which shows that 95% of our proposal calling for a half-percentage point increase in the top income tax rates would fall on the top 1% of taxpayers.

The new brief also provides rough estimates of revenue that could be generated from each of the services included in our proposal to broaden the base and lower the rate of the state sales tax (see appendix). 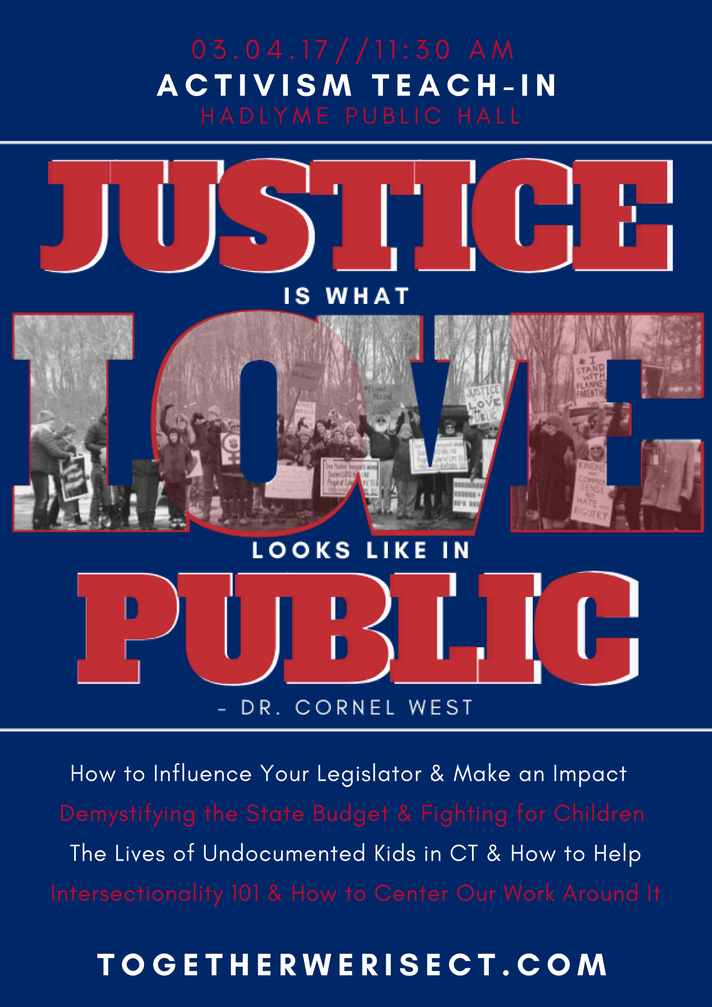 Demystifying the State Budget and Fighting for Children

Derek Thomas and Ray Noonan will present at Hadlyme Public Hall
on Saturday March 4th to talk about the Connecticut state budget
and our recent reports on property tax reform, revenue options, and
the Children's Budget. This talk is part of the Activism Teach-In
conference hosted by Together We Rise Connecticut.

What we are reading