H.B. No. 7316 An Act Concerning Evaluation of Business Assistance and Incentive Programs

This bill aims to bring greater transparency to spending on business tax breaks. First, it mandates that the Commissioner of Economic and Community Development's annual report include an evaluation of all business assistance and incentive programs. Second, it requires the Auditors of Public Accounts to also conduct evaluations and report on the same. Third, it requires the Appropriations, Finance, and Commerce committees of the General Assembly to hold hearings on these reports.

This oversight is necessary. Connecticut’s state government currently spends hundreds of millions of dollars per year on business tax breaks. Without regular review to ensure that these tax breaks are achieving their desired goal, they can become a permanent cost to the state even when changing economic conditions or policy priorities would suggest that they should be modified or repealed. Just like spending on education, infrastructure, and social services, business tax breaks should be subject to public scrutiny.

H.B. No. 7313, An Act Imposing a Surcharge on Income Derived from Investment Management Services

The bill would impose a 19 percent "fairness fee" on carried interest sufficient to capture each state’s share of the increased federal income tax liability that would be incurred if the loophole were closed at the federal level (until the federal loophole is closed). By definition, the compact would not go into effect until all states (New York, New Jersey, Massachusetts, and Connecticut) enacted the same provisions. It is estimated that Connecticut could raise $535 million by doing so.

H.B. No. 7314, An Act Concerning a Tax on Certain Sweetened Beverages

This bill would impose a tax of one cent per ounce on certain carbonated and non-carbonated nonalcoholic beverages that contain added caloric sweetener (namely, sodas). The money raised would be use to fund early care and education and obesity-prevention programs.

In our Revenue Options brief we estimated that this tax could raise $85 to $141 million per year. This would be more than enough to cover the current shortfall in the Care 4 Kids program (more information on the program's closure below). A growing body of research indicates that increasing the price of sugar-sweetened beverages also reduces consumption. As sugary drinks are strongly associated with adverse health impacts (diabetes, obesity), the bill would also have a positive impact on health.

In order to make the bill truly effective, however, legislators should change it from a sales tax to an excise tax. As currently drafted, the one cent per ounce charge would only appear at the register, as a sales tax. An excise tax, however, would mean that the additional cost would be added to the price itself, meaning that consumers would see a higher price on the shelf, not just on their receipt. This would make the bill more effective at reducing consumption, at the cost of some revenue loss.

For all bills – how to testify: Public speaker order will be determined by a lottery system. Lottery numbers will be drawn from 10:00 A.M. to 11:00 A.M. in the first floor atrium of the LOB. Bring 35 copies of your written testimony to the Committee staff. You can also email testimony in Word or PDF format to FINtestimony@cga.ct.gov, subject line: “Miscellaneous Bills.” 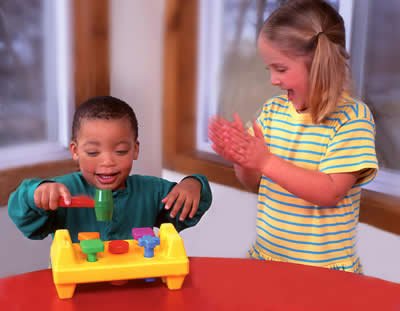 Connecticut Voices for Children, with the support of the Early Childhood Alliance and Connecticut Parent Power, has published a policy brief on the impact of the Care 4 Kids funding cuts.

The Care 4 Kids child care program enrolled an average of 21,000 children per month in 2016. For many years, it has played a key role in providing quality child care to low-income working families in Connecticut. Last summer, however, increased program costs resulted in a $33 million budget shortfall. To address that budget gap, the Office of Early Childhood (OEC) closed enrollment for the program, leading to a current waitlist of about 3,000 families.

Our research shows that 30 percent of children age five and under in the state live in low-income families that qualify for Care 4 Kids – but instead of receiving subsidies, these children and their families are now placed on a waitlist with no definitive end date. In 49 percent of Connecticut towns, Care 4 Kids is the only form of state support for child care – parents in these towns may have no other option through which to afford child care.

Under the Governor's proposed budget, the subsidy program may not reopen until 2019, leaving thousands of parents with untenable choices. This is why H.B. 7314 is important: a sweetened beverage tax would raise enough funds to reopen Care 4 Kids, providing access to early care and education to thousands of low-income children, and enabling thousands of parents to go back to work.

You can read more about the Care 4 Kids program and how a sweetened beverage tax can close the funding gap in our full report here.

Connecticut is Not Alone in Facing Budget Deficits

“Two-thirds of states are dealing with projected revenue shortfalls in this fiscal year, the next, or both, according to the progressive Center on Budget and Policy Priorities, based in Washington, D.C.”

The report recommends, among others, that states address structural problems in state revenue systems – such as expanding the sales tax base – and reject artificial spending limits.

This session, the Governor proposed a bill that would gradually includes young adults (18-20 year olds) in the juvenile justice system (H.B. 7045). This legislation would have charged young adults charged with lesser crimes as juveniles, opening  access to therapeutic services provided within the juvenile justice system. We testified, with some caveats, in favor of this proposal. Last Friday, however, the Judiciary Committee  declined to report the legislation to the floor, effectively killing it. CT News Junkie has the full details here.

What We Are Reading:

Still time to take action – we sent an alert urging you to call your legislators and tell them that we need a balanced budget approach that includes new revenue. Call now if you haven’t done so.