Affordable quality child care is essential to promote healthy child development, enable parents to work, and ensure that children enter school ready to learn. Recent data show an alarming decline in the number of child care providers in our state. This decline both puts an already strained childcare system in danger and poses a threat to workforce preparedness and economic growth.

Care 4 Kids is the state child care subsidy that helps low and moderate-income working parents afford child care. The program provides a sliding-scale subsidy based on parents’ work hours and family income. Historically, 30% of families with children under 5 in Connecticut qualified under income guidelines, although qualification has not always assured access.

During the 2016 fiscal year, new federal mandates intended to improve the quality of care resulted in a $33 million shortfall in state funding, leading to the closure of Care 4 Kids to all new enrollments except families currently receiving Temporary Assistance for Needy Families (TANF). This change meant that families falling into three different groups previously eligible can no longer access support: parents who received TANF in the last five years, teenage parents, and working families who earn at or below 50% of the state median income (about $45,000 for a family of three).

The decrease in the number of families eligible for Care 4 Kids support led to a significant decline in child care enrollment. Infant/toddler enrollment fell from 8,190 in July 2016 to only 5,019 in July 2017, while preschool enrollment declined from 7,342 in May of 2016 down to 5,317 in May of 2017. As funding has not been restored for FY 2018, we expect enrollment to continue to fall throughout the coming year. 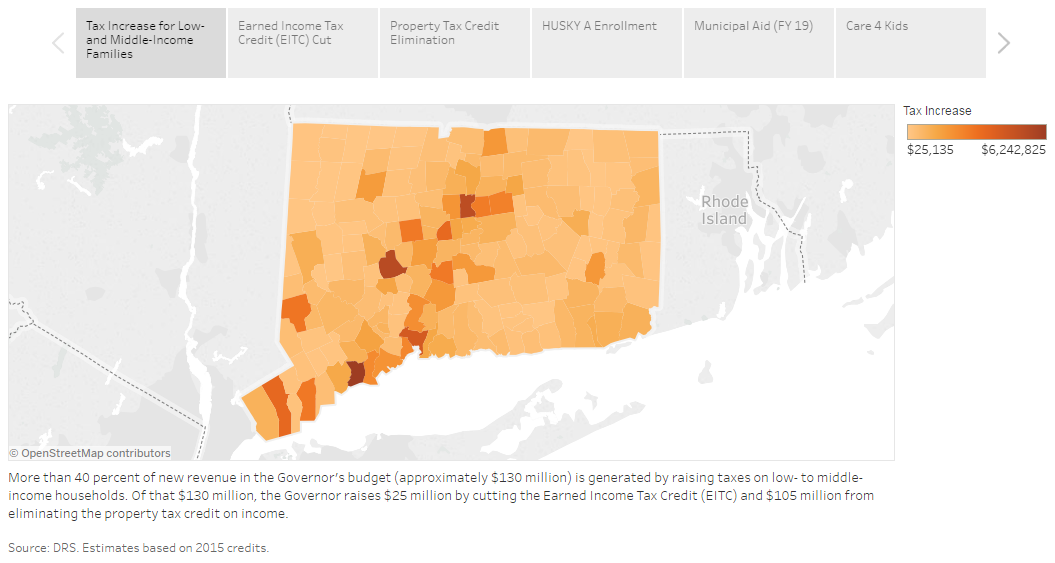 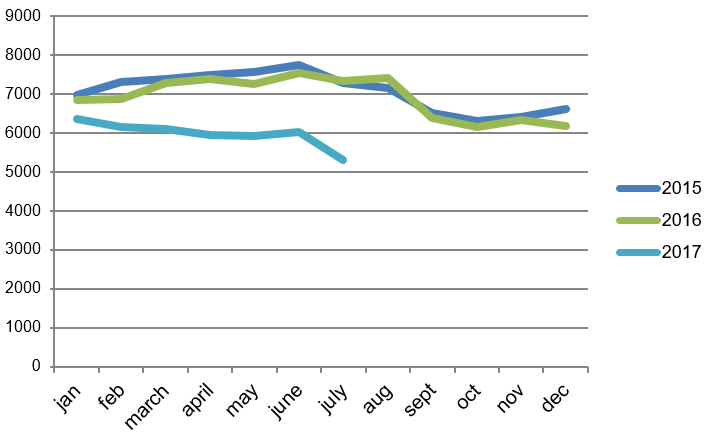 Decline in the number of licensed child care centers

Declines in child care enrollment can be tied directly to closures of child care centers. Such closures would not constitute a concern if they reflected a decline in need for care, but the data suggests the declines are due not to decreased need but to families’ decreased ability to pay.

United Way’s Childcare 2-1-1 examines the trends in program closures in Connecticut. In comparing the number of closures from fiscal year 2015-16 to those in fiscal year 2016-17, we find an increase of 55% in the number of center-based program closures. Of those centers, 50% attribute closure to lack of profitability. Two surveys conducted by the Connecticut Child Care Association, the Connecticut Association for Human Services, and the Early Childhood Alliance in the last several months showed that around half of center-based programs cited lack of profitability as the reason for closure.

The closure of Care 4 Kids has led to a decline in profitability of child care centers. A survey of about 500 child care providers by the Connecticut Child Care Association reported that a major portion of child care centers’ budget comes from Care 4 Kids subsidies. Many interviews with child care providers in 2017 raised concerns that centers could not stay open without the Care 4 Kids subsidy. An additional survey of 191 providers conducted by the Connecticut Association for Human Services and the Early Childhood Alliance found that 54% of providers were “less financially healthy now than they were before the Care4Kids freeze”. 45% had to lay off staff, and 37% had to close classrooms.

The Early Childhood Alliance has reported that restoring capacity lost over the past year will take significant time, estimating that it takes at least a year to start a child care center and at least 6 months to start a family child care program. Therefore, once funding for Care 4 Kids is restored, there may be a lag of over a year before the increased need caused by the closure of Care 4 Kids is addressed. We will address these trends in greater depth and discuss policy implications in our coming State of Early Childhood Report.