The Governor’s Budget – A Comparison to Current Year Appropriations

This analysis of the Governor’s budget proposal for fiscal years (FY) 2018 and 2019 addresses both the revenue and expense side of the budget, assessing the proposed investments in children and families as compared with the current fiscal year’s (FY 2017) appropriated spending.

Faced with a deficit of $3.6 billion over the next two fiscal years, the Governor has proposed balancing the budget by relying on $1.36 billion in cuts, more than $600 million in new revenue, calling for $1.56 billion in public sector pay and benefit concessions, and shifting one-third of teachers’ pension costs to municipalities. 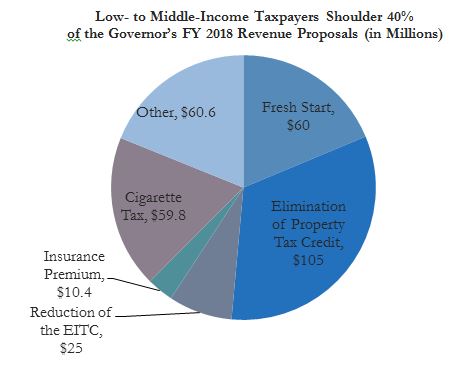 You can interact with all the budget data at our Tableau page.